Productivity from Home: 5 Tips to Get the Most out of Your Remote Workforce

Remote workers have all the potential to be highly productive. Learn how to boost their chances of success and what possible pitfalls to avoid! 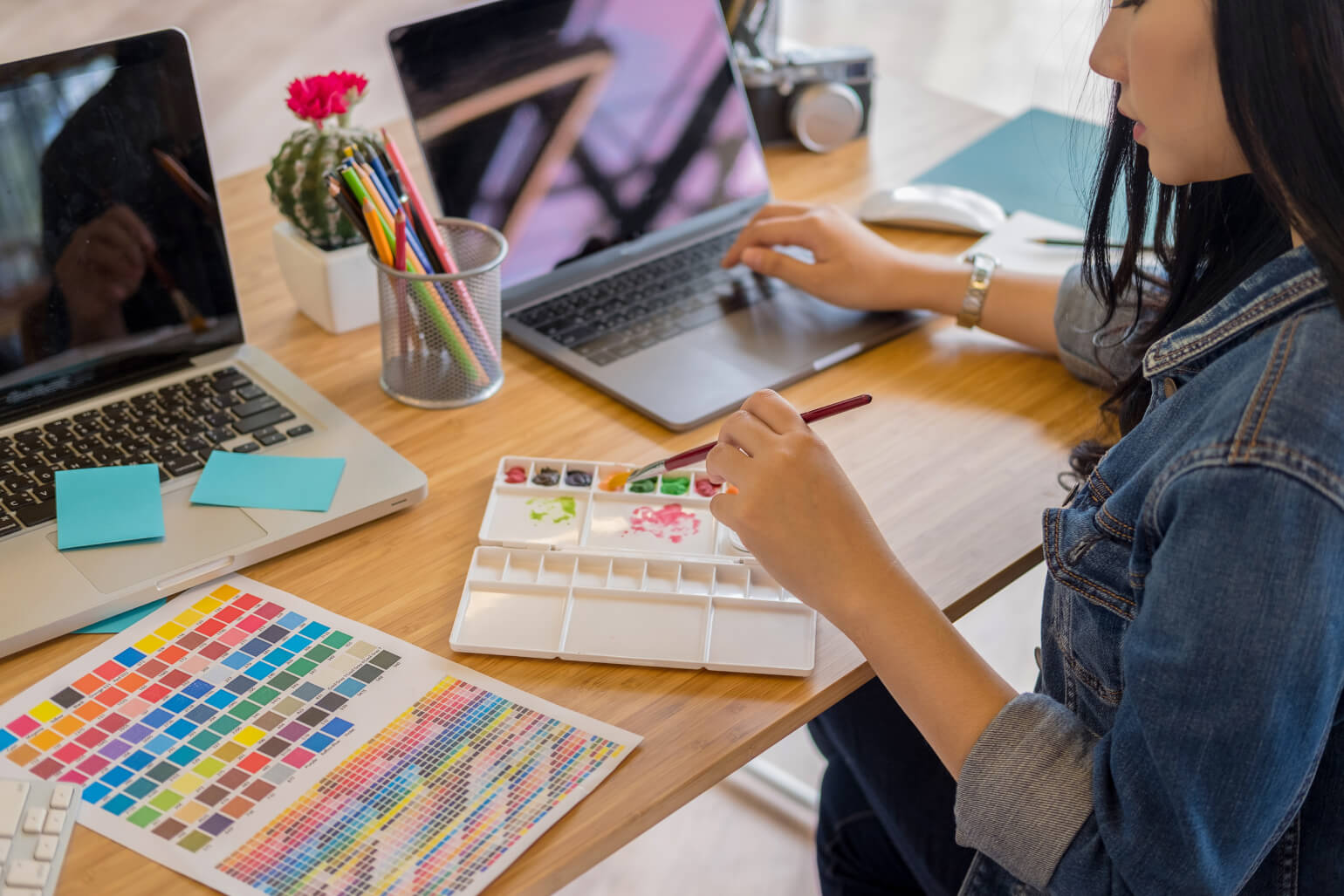 The reality is - remote is slowly taking over.

Almost every employee out there enjoys at least an occasional opportunity to work from the comfort of their home and the generations that are just coming into the job market are insisting on this kind of flexibility. But before you succumb to the urge to roll your eyes and mutter ‘Of course’, while picturing a ‘typical’ millennial sitting in a dark room glued to their computer screen, you should know that a big part of the reason behind the increasing popularity of remote work is its potential to yield higher productivity than office work.

All the necessary conditions are there - the energy that telecommuters save by not having to actually commute, the ability to organize their time and space, fewer distractions (yes, believe it or not, TV is less distracting than having a bunch of colleagues around) - but are these conditions also sufficient for realizing the potential to be highly productive?

Well, you can always do more. Or, at the very least, make sure you’re not doing anything that could harm the prospects. And we’re going to discuss five ways in which you can do this.

Before we begin, a little background information: We’re going to mention remote monitoring software a lot. That’s a computer program that you install on your employees’ work computers and it collects data on what your workers are doing, how long they’re spending on certain tasks, when they start working and when they finish and so on. Because remote employee tracking software works in the background and can be set to only monitor computer activity during working hours, it’s a perfect solution for monitoring the work of remote employees.

OK, now back to our topic - let’s go on to the tips on how to increase remote workers’ productivity and how remote monitoring software can help you along the way.

1. Let Them Organize Their Time

Remote workers are by definition very independent beings. This means that they know what’s best for them. Each of them probably has their ‘dream schedule’. So let them have it.

You might have some core working hours when everyone has to be available, for instance 12 pm to 2 pm, and you should insist on those so that the remote employees can have a window during which they can communicate and collaborate with others, but other than this, you should let them organize their time according to when they feel they’re most productive.

Some employees will want to work as soon as they wake up so that they can finish earlier, some of them will discover that their peak productivity is later in the evening, while others might function best if they work in several shorter intervals throughout the day. But whatever they choose, it’s going to be optimal for them and this flexibility will ultimately result in productivity.

But, you might ask, how do I keep track of when they’re working and whether they’ve worked as much as they’re required to?

This is the first example of how remote employee time tracking software can be really useful. It will record every minute that remote workers spent on productive tasks and assignments, so you’ll be able to know when they start their work day, how many breaks they make, when they finish working, what the total number of hours worked is for each day and whether they have any overtime work. Basically, you can leave the technicalities to remote monitoring software and let your telecommuters organize their time for maximum productivity.

2. Don’t Check Up on Them Every Second

The biggest mistake you can make in managing a remote workforce is micromanagement. Because you can’t see the employees, you might be prompted to check up on what they’re doing extremely frequently.

Are they working? What task are they on? Are they going to manage to finish everything on time? Are they doing what you’ve told them to do or are they wasting company’s time on feeding their cat?

Asking similar questions every 15 minutes kills their productivity because to them it’s a distraction. Let remote workers focus on the task at hand and the results will follow.

And if you really want to know what they’re doing, you can always check your remote monitoring software. It will tell you whether employee is active and whether they’re working in Google Docs or scrolling down Reddit without you having to call them or text them. And even if you see a remote employee indulging in an unproductive activity, it’s not a reason to sound the alarm just yet. Remember what we said about letting employees organize their time? Stick to this, avoid micromanaging at all costs, and remote employee time tracking will tell you how much time they spent working at the end of the day.

As we’ve said before, remote workers might naturally be more productive and able to stay focused for longer stretches of time. It’s easy to be tempted to squeeze in some extra work if you see they have time for it. This will likely end up being a mistake in the long run.

If you take a look at remote monitoring software productivity reports for in-office workers, you’ll see that it’s not all green - there are some breaks and inactivities that show up when employees have lunch, or talk to they colleagues, or have a cup of coffee. Your remote workers need these breaks just as much.

Sure, you can try to get them to use nearly 100% of their time productively and this might even work for some time but it will eventually lead to burnout. So portion their tasks wisely and let them breathe from time to time in order to regain focus.

4. Include Them in the Decision Making Process

Another tip for nurturing remote workers’ productivity is - don’t forget that they exist. You shouldn’t micromanage and bother them with questions all the time, but don’t go into the other extreme either.

Remote employees have ideas and opinions just like any other worker so failing to include them when it comes to making important decisions or coming up with new strategies might make them lose interest in the job. If their voice isn’t heard, especially if the matter concerns their own team or project, their motivation to contribute to the business goals diminishes.

And guess what happens when motivation goes down? That’s right, productivity goes down with it.

5. Track Their Progress and Evaluate Their Performance

Just as you shouldn’t forget about remote workers when it comes to making decisions, you also shouldn’t lose sight of them when the time for employee evaluations comes around. Even though you don’t see them as often, you have remote employee tracking data to tell you how productive they’ve been.

Track their progress and work, offer support and guidelines along the way and have frequent and regular evaluation sessions to go over their performance, any potential problems or areas for improvement.

And of course, don’t forget to praise when deserved. Remote workers are just as eligible for a promotion as anyone else.

Remote workers have all the potential and prerequisites to be highly productive. But you still need to know how to cultivate these conditions and stop yourself from doing anything that could halt the development of productivity, even if it’s with the best intentions in mind. By following these tips and using remote monitoring software, you’ll be able to get the most and the best out of your remote workforce.

Help your remote employees be even more productive with Workpuls! 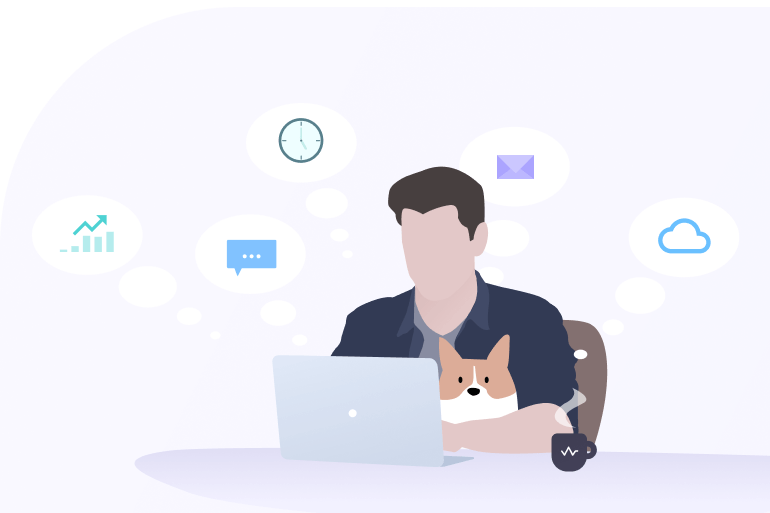 Remote Team’s Toolbox: What Tools Do You Need to Run a Remote Team

Remote team management is easy when you're using the right tools. Check out what are some of the most essential tools you should have if you're managing a remote team. 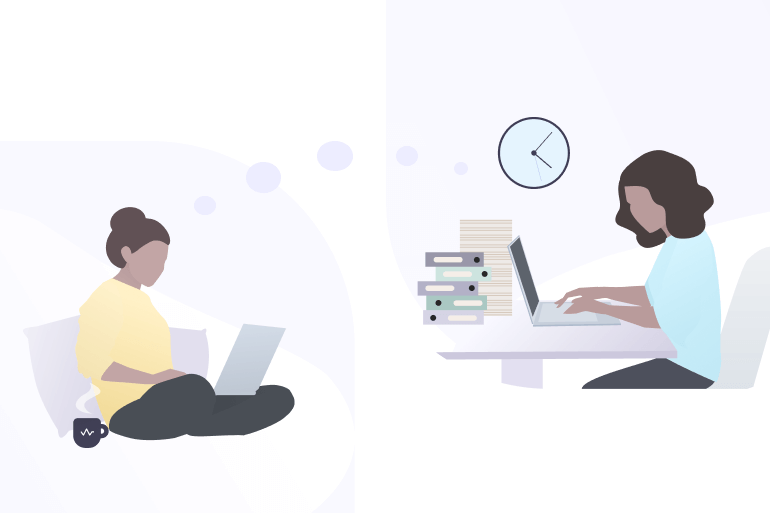 From Office to Remote: Creating a Transitional Strategy

Switching from office to remote company isn't a job that can be done overnight. A lot of planning and estimating must be included in the transitional strategy, and we'll show you how to do it. 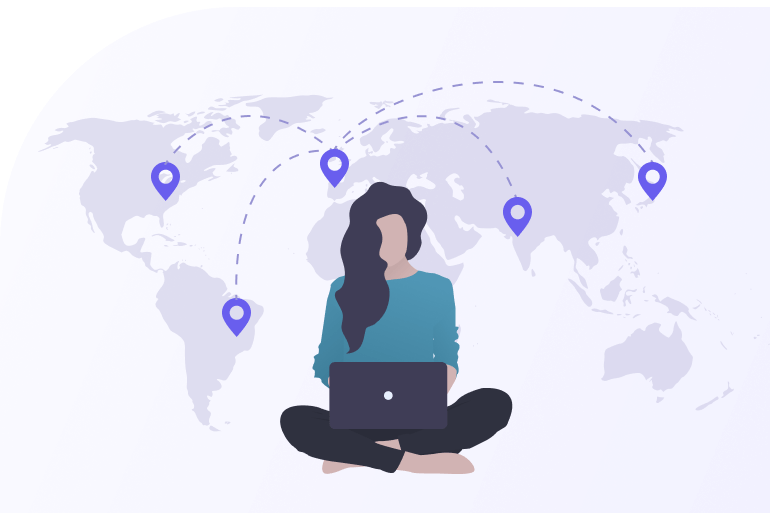 Things to Consider Before Deciding to Go Remote

The first part of our Going Remote Series will tell you what you must think about before even deciding to go remote. Not every company is suitable for this kind of work, and there are many factors you should take into consideration before making that final decision.