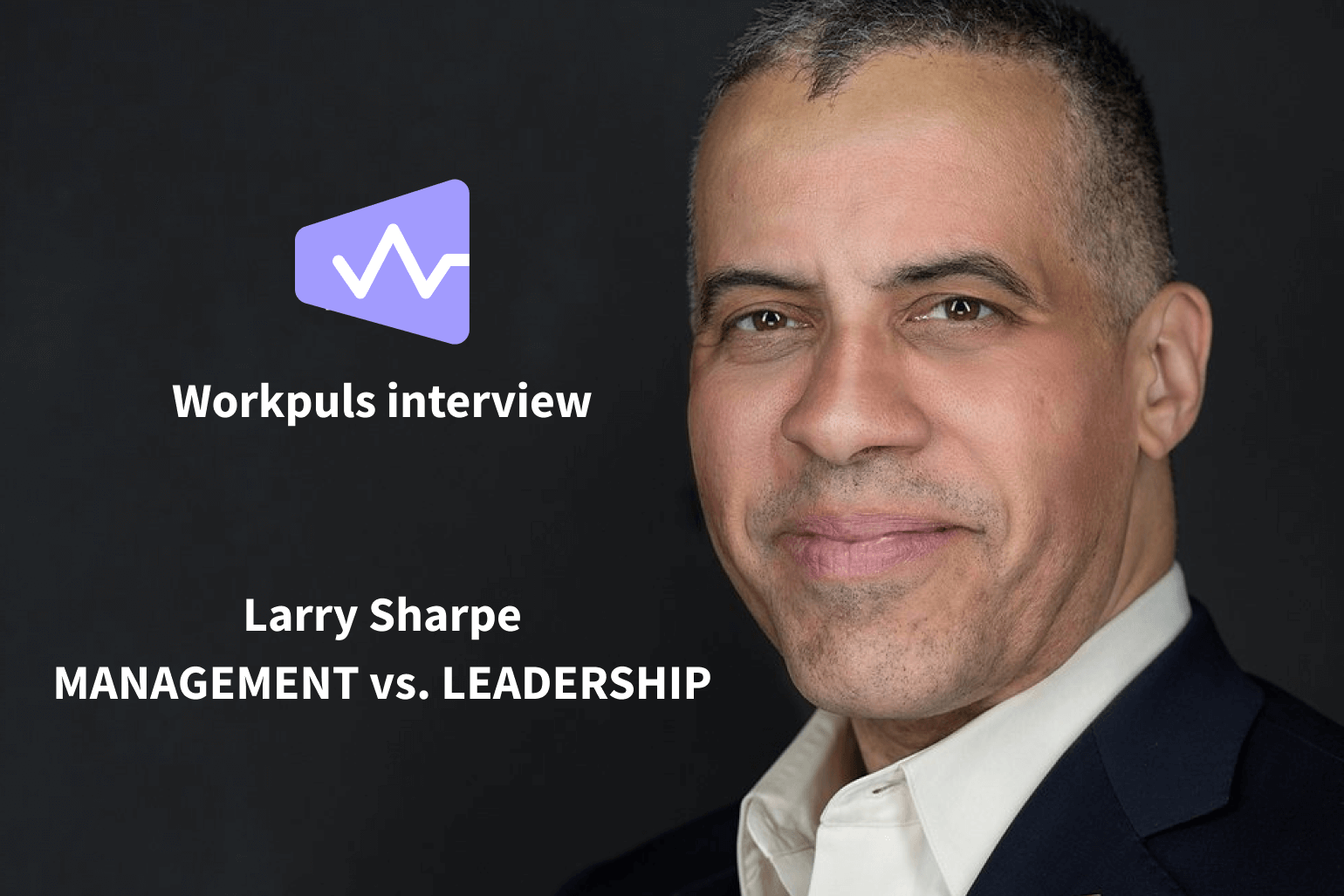 We spoke to Larry Sharpe, the Managing Director of the Neo-Sage® Group, Inc. He shared with us an interesting story about persistence, personal development and the kind of advice he gives as a consultant and trainer to his clients. Here you can read the part of that talk and we hope you find it as amusing and informative as we did.

1. Lets start with a bit about yourself – you run a highly successful New York business consultancy firm. What were some of the major milestones on the way to where you are now?

The milestones in my life were all failures. People often say things like “He was an overnight success”, which actually means he failed several times before. I remember how unhappy I was as a sales rep and that’s what made me start my first business. I started it believing that I could win because I knew how to sell, however I didn’t know how to run a business. I was doing it for 2 years, I lost a lot of money the first year, I began to make money the second year, but at that time I also realized something else – I had so much bad blood from my failures that I didn’t want to run a business anymore.

If you’re a business owner and if you don’t have the passion to get up every morning and keep pushing through, you are wasting your time. I decided to sell my business off and it was profitable when I did, but I lost so much money during the years, that it was a loss overall. I went off and got a job for a little while, but then I was unhappy at that job. I hated having that boss, I thought everything was terrible so I decided to start a new business and that’s when I started Neo Sage in 2004. Back then I was just a sales trainer, I would teach you how to sell, so that you could make a bazillion dollars, which was going to make me rich, the richest guy in the world.

Then 2008 came and that crash devastated me. At that point I had done a lot of good work, I had my own office, I had employees and I was not ready for the crash. That really was a punch in my stomach and it let me know that I’m just a human. I realized that I am not the most awesome guy in the world, the smartest guy in the planet, but just a guy. At the time I would not have said that; at that time the world was ending. But now that I look back, 8 years later, that crash was really good for me. It made me realize who I was and made me a better leader, a better man, a better business person. So if you ask what milestones made me better, it was my own failures.

2. When your clients ask you to advise them on organizational performance and productivity of the workforce, what is the first step you advise them to take?

I almost always go to their heads. Most of the management skills that are being thought are not leadership skills. Management skills are less and less valuable because we are finally realizing that we are actually leading people, which means that we need to reach their brains and their minds. We’ve been taught in most of our management classes that our job is to make decisions, because leaders make decisions, we decide, we’re decisive. That is completely wrong in today’s world! What you have to be able to do well is empower. I got a lot of smart people running around, I got to get them to do the right thing. Most think the right answer is showing up and ordering people around and having the right answer. Best leaders don’t have all the answers, they have all the questions.

If I gave you a plan and told you to “do this plan” and it’s a bad plan, you wouldn’t even stop, you would just execute it even though you know it’s going to fail and when it fails, I am the dumb boss. Instead I say “Hey, what can we do, how to make this work? Here’s the goal, how do we get there?” and the guys sit together and they come up with the plan. It can be the same bad plan that I thought of, but they came up with it instead, right? So now, two days into the plan and you realize that it’s not going to work and what do you do? Now you act, and you change and we get it right. If you don’t have the right answer, put the wrong answer on table and you’ll get the right answer.

3. Technology has enabled management to measure many things regarding productivity and performance. All managers like to follow various metrics and productivity indicators. What do you think is the proper role of metrics obtained through technology, such as employee time – tracking data or time and attendance?

I am a big fan of measuring and metrics. I love them, I think they’re awesome. Here’s the piece that we have a problem with: once I get all this data, the assumption now is that I must act and I must make decisions based upon this data. That’s the wrong answer. The right answer is “Now I have this data and I must take it to my team and ask them how to make it right”. There’s a difference. The answer is “Hey guys I’m not being productive. How can we make these numbers better?”

If you have a flat organization, you put the person who was least productive in charge. Once they own the data, then they care about what those numbers are. I can use the data as a third party. You can use the technology, the software, the data almost as having that as the enemy. Now you and your team can be on the same side fighting the numbers. The value of technology is not to use it as a weapon to beat the employees on the head with, but as an enemy that me and the team can fight against. I want to use that technology to motivate my team. I’m all about volunteering, I want people to want to do well. If I have to use a stick to get my people to work, why are they working? Why do I have them? I’ve hired the wrong people! If I do this well, they will show me how to use technology even better.

4. Which metrics do you consider to be most relevant to measuring performance of employees?

Generically, time is critical. I remember one moment when I was working temporarily for a company as an executive VP and I was running the sales force. A woman brought me a weekly report; thick, twenty-something page report on sales. However, my sales cycle is monthly and this type of report isn’t useful for me. So just because you can measure something, it doesn’t mean you should. If you are in retail and have thousands of sales each day, daily reports would probably be a good idea. However, if you are working in a hedge fund and you do a dozen deals a year, is a weekly report valuable? Probably not. Second aspect is sales. There are 3 things that are important in sales: I want to make sure that my close rate is higher, that I am closing faster and last, that I’m getting more dollars per hit. If these metrics are fine, you are doing fine.

5. Finally, do you have any productivity hacks or routines which make you more efficient or focused?

There are two things. First, when you go to sleep, really go to sleep. If you lay down and you can’t sleep – get up. Don’t lay there, it’s a mistake and you are making things worse. Thanks to the nature of my business I don’t have a strict sleeping schedule, but I stick to this. If you see that the time that you need to fall asleep has passed and you are still awake, get up. Be productive or go learn something, which is my second tip. You always need to be learning something other than your business and it should be done at a minimum weekly, preferably daily. It gets your brain out of business so when you slip back to it, it helps you to have a clear mind.

Larry explained us how important is to be persistent and embrace your failures. He also made it clear that managers need to work on their leadership skills and shared several productivity hacks. More interviews coming soon. Today there are more issues that we will discuss with our next guest - specifically how to perform remote employee monitoring for remote teams and organizations. Please visit us soon. 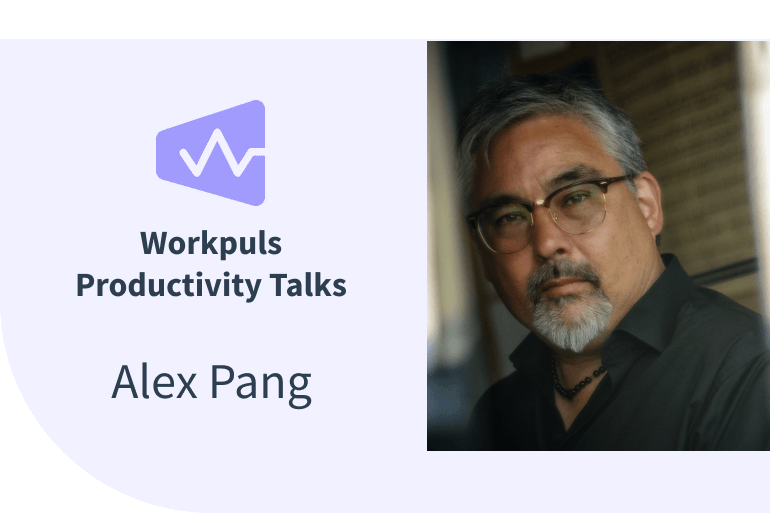 Shorter and Rest are two books by Alex Pang that will make you rethink about the way your company operates. As a consultant, speaker and an author Alex has gone deep into learning and adopting the 4-day workweek, and he's sharing his knowledge with us. 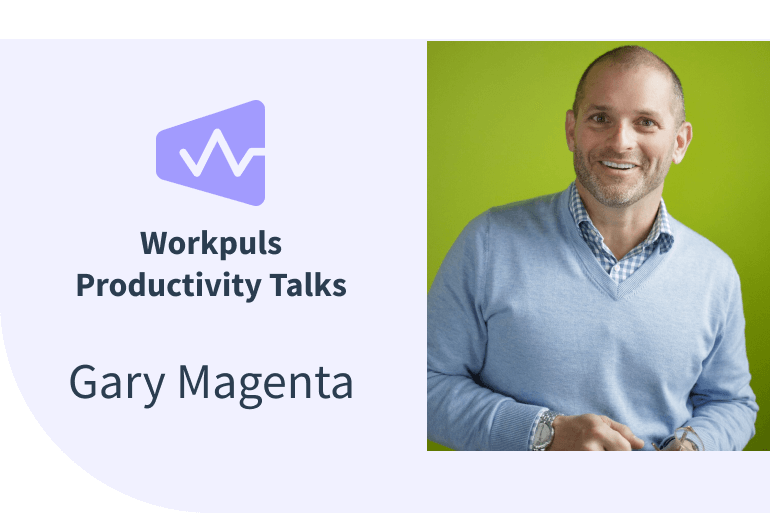 Making sure your employees are productive goes beyond improving their skills, systems and tools they're using. Our new guest is Gary Magenta and we're discussing how employee engagement influences productivity levels. 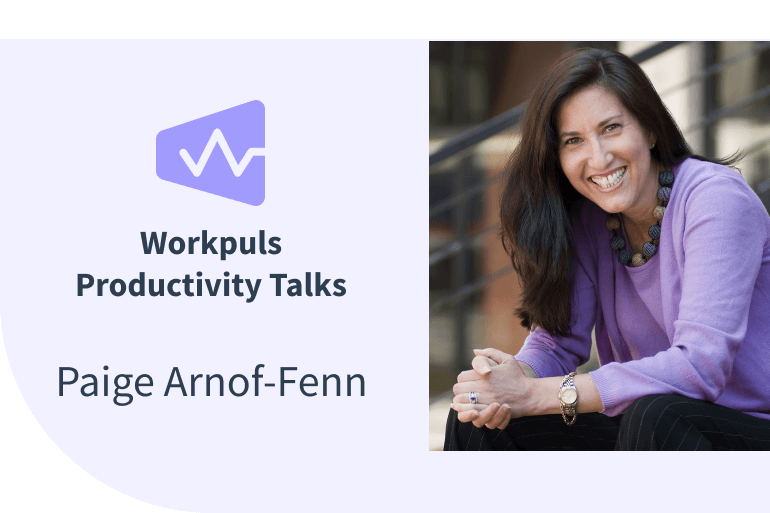 How do you look at productivity when working with contractors? What are the key elements each entrepreneur should incorporate in their regular routine to stay productive and avoid burnout? Paige Arnof-Fenn is here to tell us all about it!